Hitting the Ground Running in 2021 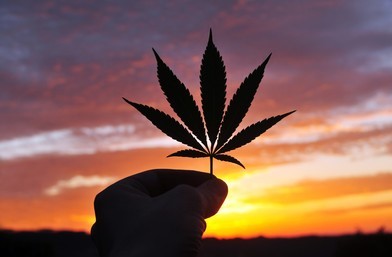 2020 was no doubt one of the most unforgettable years of the last century – a year many would prefer to forget.  Riddled with global social unrest, political instability, economic devastation, and of course the common denominator, mass uncertainty surrounding COVID-19, citizens all across the world were suspended in time wondering if and when they would resume a sense of normalcy in their day-to-day lives.  For cannabis professionals, the glass was definitely half-empty early on; fears of business shutdowns, supply chain disruptions, consumer slump, medical and adult use cannabis initiatives being deprioritized, and ancillary businesses forced to pause amid existing financial challenges were just a few of the daunting possibilities.

However, we would be remiss not to acknowledge the growth and understanding afforded to us during such times of turmoil.  When cannabis was deemed an “essential business” by many states across the country, this assuaged operators and consumers alike who feared that the fastest growing industry in the country would be dealt a devastating blow in the midst of an existing global economic meltdown.  Businesses successfully reoriented their consumer interactions through online ordering and curbside pickup, resulting in 67% annual sales growth compared to 2019; in an unprecedented economic landscape, not only was cannabis successfully overcoming enormous obstacles to sustain, but it was also proving to be recession-proof.  Operators up and down the supply chain continued to thrive, sustaining hundreds of thousands of jobs, and generating hundreds of millions in tax revenue, cementing cannabis as a staple in America.  By the end of 2020, the UN Commission on Narcotic Drugs voted to remove cannabis and cannabis resin from Schedule IV of the 1961 Single Convention of Narcotic Drugs where it was listed alongside specific deadly, addictive opioids, including heroin, recognized as having little to no therapeutic purposes.  Two days after the UN vote, the US House of Representatives passed the Marijuana Opportunity, Reinvestment and Expungement (MORE) Act by a margin of 228-164 aimed at removing marijuana from the Controlled Substances Act; with a new Congress now seated, the bill would likely need to be reintroduced and passed again in the House.  Although it is unlikely to get through the Senate, it is a largely a symbolic act intended on further legitimizing and destigmatizing cannabis at an accelerated rate.

Amidst the uncertainty of last year, we at SIVA continued to prioritize the success of our clients and industry peers by helping them navigate through unfamiliar terrain.  Retailers who needed to introduce new sales techniques, cultivators looking to optimize their operations, brands seeking innovative manufacturing practices, and many others sought SIVA for guidance.  Our unparalleled experience and expertise not only strengthened their businesses, but also fortified their staying power.

During this time, we also used the opportunity to reorganize and restructure SIVA to better serve our clients in 2021 and beyond. We are excited to announce several projects that we have been working on as well as providing valuable insight into the future of cannabis in the coming weeks

2021 is projected to be landmark year in the world of cannabis with a majority of the 50 US states actively sustaining medical marijuana programs, 15 states offering adult use, and legalization inching its way up to the federal stage.  We at SIVA are committed to providing you with the same high-quality support you need to successfully take advantage of any and all opportunities.